The .308 versus the 30-06 for Hunting: Ballistics & Accuracy Comparisons

When it comes to full-bore hunting cartridges in the USA there are two that, for popularity at least, stand head and shoulders above the others. These are .308 Winchester and the classic .30-06.

As well as legions of happy users both cartridges have groups of diehard fans who’ll insist that their favorite is far better than the other.

As a rule of thumb, due to the outstanding firing power, neither should be used for smaller game like coyotes or rabbits. But because everyone has their own opinion, it can be pretty hard to get at the truth.

Below we get into the gritty details of the .308 vs 30-06 battle and give you our opinion on each.

The first key to disentangling the mess is that .308 and .30-06 are actually very closely related. In fact one was developed from the other. This goes back to the early 1950s, when NATO was trying to agree a standard service rifle for all its troops.

At the time NATO members used a pretty wide array of calibers, with the main ones being .30-06 and .303. That ruled out a standard rifle right away, and often meant neighboring units couldn’t even resupply each other with rifle ammunition. To improve the situation the alliance’s all members agreed to choose a standard cartridge, then a standard rifle to fire it.

The US Army insisted that the new cartridge had to be full power, either the .30-06 or something equivalent to it. The British disagreed.

Based on wartime experience and the new assault rifle concept, which originated in the German Sturmgewehr 44 (7.92 x 33mm) and had already been developed into the AK-47 (7.62 x 39mm) they argued that traditional rifle rounds were overpowered for the average infantryman and an intermediate one should be adopted.

The War Office was determined to phase out their obsolete, rimmed .303. They’d already developed an intermediate round and a rifle to fire it. The .280 British was an excellent round that was light, low in recoil, flat-shooting and very accurate.

Thanks to its long bullet it retained more energy than the .30-06 at ranges beyond 800 yards. In fact, ballistically, it was almost identical to the much newer 6.5mm Grendel. Fired from the bullpup Enfield EM2 assault rifle it was an impressive package.

Unfortunately, traditionalist generals didn’t like it. The .280 wasn’t a “proper” rifle round like their beloved .30-06, so they refused to accept it.

As a compromise the .30 Light Rifle cartridge was developed. This was basically a .30-06 with the case shortened by half an inch, from 63mm to 51mm.

The case head and bullet were identical, and modern propellant gave it exactly the same performance, so it satisfied the traditionalists while being slightly lighter and shorter than its parent.

The reduced length meant a shorter bolt stroke, too, so the size and weight of weapons could also be reduced.

At this point politics took over. Winston Churchill reached a deal with the USA – he’d agree to scrap the .280 EM2 and support the .30 Light Rifle as the new bullet, if the USA would agree to the FN FAL as the standard NATO rifle.

The USA later went back on that and updated the M1 Garand instead, but the cartridge survived and became 7.62mm NATO.

The familiar .308 Winchester is simply the civilian version of that, and the rounds are pretty much interchangeable – much more so than 5.56mm NATO and .223.

So does this mean the rounds are identical for hunting? Well, not quite. The military versions have theoretically identical performance, but civilian manufacturers – and shooters – are free to play with loadings a lot more.

There are some differences between them as hunting rounds and it is possible to come up with a clear winner. Let’s look at the various factors involved.

Despite the identical theoretical ballistics of military 7.62mm NATO and .30-06, when the new cartridge started to come into widespread use something quickly became clear.

It was more accurate than the old .30 round. The difference wasn’t massive. It was however enough to make a difference. In fact, it was enough that the NRA eventually reduced the size of the inner bull on their long-range targets.

Modern loads have reduced the .308’s edge slightly, especially at extreme ranges, but in general it is a slightly more precise round than .30-06.

The difference is marked enough that you rarely see a .30-06 in rifle competitions now unless the rules specify it. For hunters it’s less important.

Accurate shot placement is vital of course, but either caliber is easily accurate enough to get clean kills out to 600 yards or more. That means neither of them has a clear edge in this area.

Power:  Which one packs a bigger punch?

Modern propellant allowed the .30 Light Rifle to generate .30-06 power in a shorter case. But what happens if you put the same propellant in the original case? You can fit in more of it, and that should give you more power. In fact yes, it does.

There are limits to how much extra power you can get out of the cartridge.  Both .308 and .30-06 having the same maximum case pressure of 62,000 psi, but overall it’s possible to get close to 150 fps more out of the older round.

This can be done without creating an unsafe load. What’s more, the older round comes with 18% more powder capacity and has a longer neck than the .308.

So, many experienced hunters have reported loading even 250 grain bullets with the former, which might explain why many of them believe that there’s no game in North America that a .30-60 cannot insta kill. Because the 60 loads heavier, it is the go-to cartridge for very large game like bear and moose.

With most bullets in the 150 to 180 grain range, the .30-60 offers significant amount of energy.  Again, in practical terms it doesn’t matter much as average hunters cannot tell the difference.

Either round will deliver plenty energy, out to maximum hunting ranges, to bring down any American animal except maybe the larger bears. In the field, the extra power of the .30-06 really just translates to extra recoil and heavier ammunition.

Practicality: Which one is more available and used?

Comparing the .308 and .30-06 is a long way from comparing either of them to .223. There’s no getting away from the fact that, physically, they’re both big heavy rounds.

Yes, .308 weighs a bit less, but with the amount of ammunition the average hunter carries it doesn’t matter a lot.

The difference can be a few ounces, and that does start to matter.

More importantly, if you’re a serious hunter using a bolt action rifle (check out our favorite bolt action rifles here), the longer stroke slows you down a fraction of a second when it comes to chambering a new round.

The difference isn’t huge but it’s there, and there isn’t any way to get round it. Ergonomically the .308 edges into the lead slightly here.

Many .308 rifles are also being updated to lighter stocks and firearm materials, making it a better chocie if you carry other hunting gear like walkie-talkies or game cameras on your hunting trip.

On top of that, in states with very restrictive gun laws like California some rounds are more readily available (and cheaper) than the other. The .308 is usually the most common version in those areas.

Price: Which one is cheaper?

Finally, there’s one category where a real gap opens out – .308 ammo is usually cheaper.

It uses less brass for a basically equivalent round, and its popularity means bigger production runs and lower price. The difference isn’t huge, but if you shoot a lot it adds up.

Not to mention that from a survival perspective, the .308 is mass produced for  many different types of sporting rifles.

As a result, the .308 Win will be easier to find and use in the event of some type of catastrophic event that requires you to hunt your own food or survive in the wilderness.

Hunting: Which One’s the Best?

The answer depends on the size of the game. For short to medium range, we feel both cartridges do an astounding job for game up to elk. Beyond elk, you should go for .30-06 Springfield with a heavier bullet like 180 grain due to its bigger punch.

And it’s better to have all the extra power if a big and angry animal decides to charge. So, for deer, big coyote, elk, and even small moose you can confidently use both cartridges with  150- or 165-grain projectiles.

If you insist on bringing the .308 Winchester on a big game hunt, get really good bullets. One added bonus of the .308 Win is that it has less recoil than the .30-06, which translates into slightly better accuracy.

So, when it comes to whitetail hunting both soft-tip hunting rounds are great although the .30-60 might be too much within 100-150 yards.

For small game like squirrel and rabbit, neither of the two are a good choice. Pick something considerably less powerful, unless you want multiple pieces of your dinner whizzing around.

Overall its slightly better accuracy and shorter case give the .308 a slight, but real, advantage as a hunting round within 200 yards.  It will always hit harder than any type of crossbow hunting you may do.

But both analyzed rounds deliver all the power you could ever need for medium-large game (like deer) unless you’re hunting truly big game.  In that case, you might consider switching to the .30-06 for an extra edge.

The accuracy difference does put the .308 slightly ahead, although not by much.  The fact it cuts half an inch off the bolt stroke is enough to put it just a little in front. If you’re buying a new hunting rifle it makes sense to opt for the NATO round.

For a different take and the main benefits of the 30-06 as a survival cartridge, check out the video below by Langley Firearms Academy.

If you already have a 30-06, and you’re happy with it, however, there isn’t any compelling reason to swap.

Both rounds are similar enough that personal preference is more important than anything.  You should shoot both to see which one you prefer, but we have our preference as indicated below.

🏆 Our Overall Winner: .308 Winchester for war, survival, and for rifle hunters starting from scratch; 30-06 for really large game or if you have a hand me down rifle and don’t want to buy a new one.

Our Favorite Ammo Brand for Hunting

One exceptional hunting ammo brand at a great price is Federal. Their Power-Shock ammo has exceeded all our expectations when it comes to both accuracy and hunting performance even in some of the most adverse weather and terrain conditions.

This ammo hits hard, has exceptionally clean burning, and it’s one of the best brands for clean ethical kills with minimum meat loss. So, if you want to no longer worry about misfire or reliability when out in the backcountry, these rounds in 308 and 30-06 have got you covered.

Federal have been producing one of the best but most underrated hunting ammunition for decades and they haven’t skimped on their quality standards ever since. Those whitetails stand no chance against it. 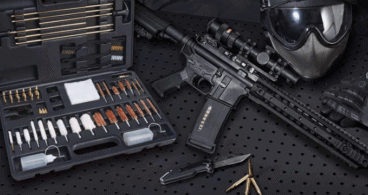 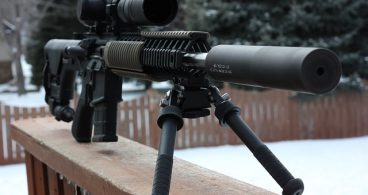 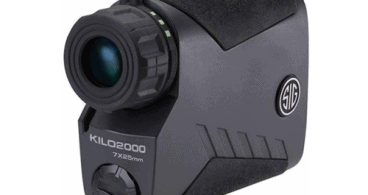 The Best Saltwater Spinning Reels For The Money

Best Tips on Saving Money for Your Hunting Firearm