Buck Knives was started by a young Kansas blacksmith’s apprentice named Hoyt Buck who found a better way to temper steel so it would hold an edge longer. His unique approach produced the first Buck Knife in 1902.

Consequently, although the Boone & Crockett edition of the Buck “General” is relatively new, the “General” had been in production almost as long as the company has been in business. 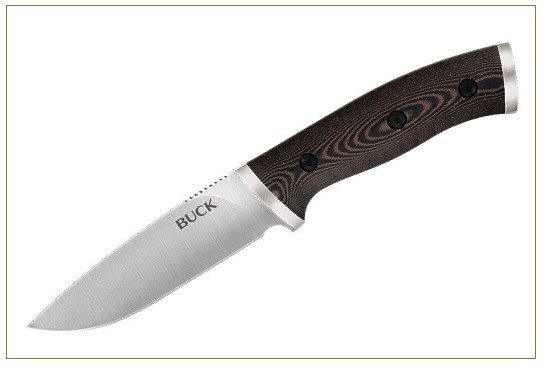 The Boone & Crockett edition of the Buck “General” fixed blade hunting knife features a long, slim 7 3/8” clip point blade made from 420 high carbon stainless steel (Rockwell Hardness unknown) with a satin finish. Also, the blade features a deep, hollow ground, bevel combined with a thick spine to create a blade that is very sharp but will also withstand the shock generated by light chopping tasks.

Like the Puma White Hunter and the Puma Bowie, the Buck “General” is a knife that I fondly recall from my childhood. In fact, the long, slim, satin fished, clip point blade; combined with the stainless steel quillions and pommel with the black, phenolic plastic, handle and black leather sheath are vintage Buck icons.

I am sure at least some of you are wondering why you would possibly need a hunting knife with a 7 3/8” blade when a 4” blade is by far the most popular length?Well, the answer to that question is that processing really large game such as elk, moose and grizzly on the North American contentment and zebra, kudu, hippopotamus, etc. on the African continent often requires a really large knife.

However, the use of 420HC stainless steel for the blade has both good and bad aspects. For instance, it only has 0.40% to 0.50% Carbon making it not a particularly hard steel. However, it also contains 0.80% Manganese and 0.60% Molybdenum which does serve to increase toughness and hardness of the blade. Also, it only contains 12.0% to 14.0% Chromium (requires 12.5% to qualify as stainless) and thus, while 420HC is usually a stainless steel, it is not as corrosion resistant as 440C with 16% to 18% Chromium.

On the other hand, it also contains 0.18% Vanadium which helps to produce a fine grain during heat treat. Also, it improves wear resistance and refines the gain for both good toughness and the ability to sharpen to a very keen edge. In fact, many people report that they are able to get knives using steels that contain Vanadium sharper than they can non-Vanadium steels such as ATS-34.

Consequently, although 420HC is not a bad blade steel, it is a very mediocre blade steel. On the other hand, it is easy to sharpen and thus, it does not require anything more than a good Arkansas whet stone and some honing oil to hone the edge to a fine point.

Consequently, as a large hunting knife, the Boone & Crockett edition of the Buck “General”  is well suited to the task of a hard use knife as long as you don’t mind sharpening it after processing each animal. In addition, while the 420HC blade requires FAR less care than one made of say, 1095 high carbon steel, it is not impervious to corrosion and thus it should be cleaned and dried after each use. 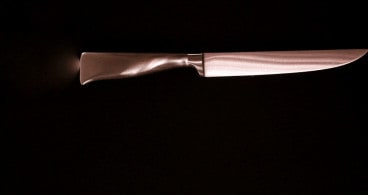 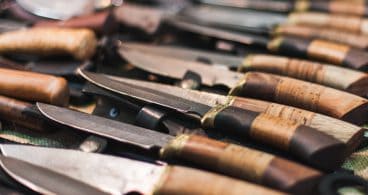