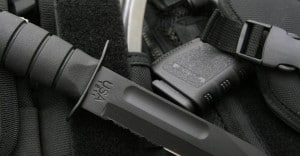 Today, the names Hanwei and Paul Chen (its founder), engender an image of fine functional swords and historical weaponry. Based in Dalian, China, Hanwei manages to combine traditional craftsmanship with modern tooling and metallurgy, in a way that enables it to supply a world-wide market while meeting or exceeding the quality of custom-made products.

Paul Chen grew up in Taiwan where, as a young man, he developed an ongoing fascination for swords and knives. Largely unable to afford antique and custom-made pieces he became a custom maker himself, enjoying success in this field in both Asia and the U.S. Thus, in 1991, he decided to become a full-time manufacturer and moved to Dalian, the “Steel City” of northern China, where he knew that he could find talented artisans capable of being trained as first-class sword and knife makers.

Early endeavors largely took the form of making knives and components for major knife companies, but by 1993 the company was ready to start trading under its own banner and Dalian Hanwei Metal Co. Ltd. (Hanwei) was formed. The early trainees became team leaders and then departmental managers as the company grew, forming a strong team at the core of operations.

Consequently, Hanwei’s early sword experience was with Samurai swords, which still remain the cornerstone of their product range. However, a little-known facet of the company’s business is its Samurai sword restoration facility, where, over the years, many damaged and neglected pieces from the old masters have been restored to their former glory.

Through this work, the company has gained a tremendous base of knowledge in construction and metallurgical techniques from these historical pieces, and it has employed this knowledge to consistently enhance the quality and authenticity of its own swords. Hanwei Samurai swords are now regarded as state of the art cutlery and offer the martial artist and collector an unparalleled opportunity to own a fine quality sword.

Then, with assistance from its distribution partners, Hanwei started to introduce European-style swords into its line in the mid-1990’s. These swords rapidly gained popularity with collectors, re-enactors and historical fencers throughout the world and the line expanded rapidly to cover the diverse needs of this market.

At the same time Hanwei started to expand its line of knives which also have a historical flavor as evidenced by the popular line of antique Bowie knife replicas. Therefore, in 2002, a move to a large, purpose-built facility provided much-needed space and improvements in efficiency.

Today, Hanwei’s three hundred plus employees produce over six hundred items in the sword, knife and historical weaponry fields and are continuously developing new products involving more complex techniques and advanced metallurgy. Today Paul Chen’s son Ron is following in his father’s footsteps and becoming very much a part of the Hanwei story. Ron, who has studied under Japanese legend Yoshindo Yoshihara, is the driving force behind Hanwei’s Tamahagane and Bainite blade development. Ron’s own blades illustrate his deep appreciation for the art of the Japanese sword and are sure to become collector pieces.

For a quarter of a century CAS has been providing top quality swords, knives and accessory equipment to an ever-growing number of users through our network of loyal dealers and distributors.

Also, their commitment to quality and innovation is unchanging and, with the opening of their second Hanwei factory, their technological capabilities are expanding rapidly. Plus, installation of a state-of-the-art furnace is enabling Hanwei to produce its own high-alloy steels, and sophisticated heat treating equipment and techniques are producing some remarkable blades.

Last, their association with GDFB continues to flourish, providing reenactors and role-players with an ever-expanding selection of armor and period accessories. However, of particular interest to the readers of this web site would be their new line of knives; several of which show considerable promise as dedicated outdoor survival knives. In fact, the Viper, Tank, and Golia all exhibit particularly high potential to fulfill this purpose.

But, for purposes of this article, I am going to focus on the Viper series Carnera model survival/camp knife.

This knife features an overall length of 15 1/2” with a 9 1/2”, clip point, flat ground, blade made from D2 semi-stainless tool steel that has been vacuum heat treated, dual-phase tempered, and cryogenic tempered to a finished Rockwell Hardness of 58-60 and then coated with a black, “Aspis”, coating to prohibit corrosion. In addition, it features a full-tang handle with removable, brown, canvas Micarta, handle scales with a MOLLE compatible Cordura nylon and ballistic rubber sheath.

Now that we have the bare facts out of the way, believe me folks, the above description does not even begin to do this knife justice!

First of all, this knife features a long, thick, heavy, clip point, flat ground, Bowie-style blade combined with one of the most ergonomic handle designs I have seen which enables the user to chop, carve, and slice and skin with equal ease and that is a very tall order for a single knife.

In addition, the 9 1/2” Persian Clip Point blade is long enough to perform light to medium chopping jobs and yet is still agile enough to carve notches for spring traps, snares, and deadfalls. Plus the edge of the blade is also expertly designed with a long, straight, section with a positive forward angle that transitions into an excellently designed sweep with just enough belly to be a highly effective skinning/hunting knife and the flat grind makes slicing jobs a breeze.

In addition, the wide blade provides the knife with considerable strength and yet, the 3/16” spine with a flat grind as opposed to a 1/4” spine will slice like you favorite kitchen knife. Plus, the tang of the knife descends gracefully from the handle to form a single quillion with a small ricasso to prevent the user’s hand from accidently sliding forward on to the blade.

Last, the checkered canvas Micarta handle slabs not only provide a positive grip when the knife handle is wet, they are also impervious to water, abrasion, chipping, cracking, or splitting. Plus, the handle design on the Viper Carnera is one of the most ergonomically designed handles that I have ever seen and thus, I expect it to provide superior control over the tip of the knife when performing delicate slicing jobs and also over the back of the edge of the blade when carving as well as comfort and an extra secure grip when chopping with the knife.

So, as many of you are aware from reading my other articles on this web site, I have a strong preference for a two knife system with consists of a large knife for heavy chores and a smaller knife for general purpose use. Thus, I strongly suspect that the CAS Viper Carnara combined with the CAS Viper Tank just might be the ultimate pair of dedicated survival knives available today! 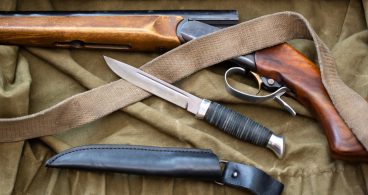 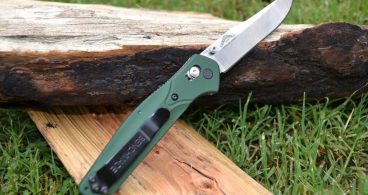 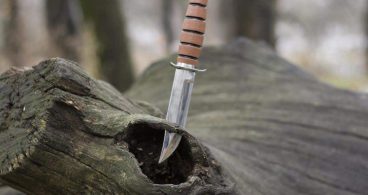 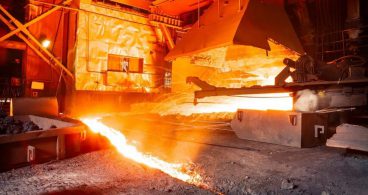