Daiwa Tatula CT Review: The Baitcaster that Got Us Saying “Wow!”

The design and performance of Daiwa’s Tatula series have been the talk of the town in recent years, and for a good reason. A shining star of the series is the Daiwa Tatula CT, a lightweight reel with a finely tuned user-friendly T-Wing system that allows for longer casts and an amazing fishing experience.

So, if you’re looking for a low profile baitcaster with industry-leading features at an unbelievably fair price, the Daiwa Tatula CT is your reel.

Among Diawa’s new products that debuted at the 2011 ICAST expo were several new low profile bait casters. So what, you may say, there’s nothing out of the ordinary about that?

Well, those bait casters featured a revolutionary new technology. A system that was, in our minds at least, one of the most significant advancements in reel technology to date. Enter Daiwa’s T Wing level wind system.

Check out the video below:

Level winds have been around almost as long as the casting reels they grace. And if there ever was a necessary evil in the realm of fishing reel technology, the level wind was. And we use the word “was” purposely because those new baitcasting faces in 2011 changed that status quo forever.

Let’s face it, level wind reels are great. You can crank away all day and never have to bother about laying line evenly on your spool. However, that convenience comes at a high price.

As cool as they are, conventional level winds are thieves. They rob you of casting distance no matter how they are configured. And right there is where Daiwa’s T Wing system turned the level wind dilemma on its head.

T Wing to the rescue

Daiwa’s unique stirrup shaped level wind guide ensures that when in the free-spool position, it’s essentially not there at all.

During a cast, the wide “T” shaped upper profile offers almost no resistance to your line as it peels off the spool.

Re-engage the spool to retrieve line and the “wing” flips down to trap the line in a narrow, conventional level wind style guide.

The Daiwa Tatula CT 100XS: All the Bells and Whistles

OK, so the T Wing system is awesome. Is that all the Tatula CT is about though? Absolutely not!

So, let’s see what makes this reel so special.

The Magforce Z system offers progressive cast control that eliminates infuriating backlash over winds without robbing you of cast distance.

Essentially, the Magforce Z is a hybrid system that uses centrifugal force to increase or decrease magnetic braking action. In other words, the system increases the magnetic braking at peak spool speed and decreases it as the spool slows down.

The Tatula CT 100XS’s handle is a traditional dual grip design with a performance-enhancing twist. If you view the reel from above, the handle grips are swept back towards the reel body.

This places the rotational input force closer to the rod’s centerline which reduces wobbling and instability when cranking the reel.

Daiwa has gone to great lengths to ensure their reels are butter smooth when casting and retrieving. And that applies to all their reels across the board.

The reason for this philosophy is simple. The smoother the operation of the reel, the less stress and wear it is subjected to. Not to mention the enhancement of the angler’s experience. In the case of the Tatula CT 100XS, this is particularly evident in Diawa’s Air Rotation spool drive system.

Let’s look at a summary of all the Tatula CT 100XS’s good and not so good points:

In an environment where high-quality bait casters abound, we always try to structure product reviews to be as honest and valuable as possible. We’ll consider two competitor products of similar specifications which would be applicable to the same angling environments. So, here are the other runners in this Daiwa Tatula CT review.

Little fanfare is needed to introduce Abu Garcia as a supplier of high-quality fishing tackle. Abu reels have been a standard in a great many anglers tackle arsenals for decades. And that legacy of trust lives on in current offerings such as the Revo 4 family of reels.

The Abu Garcia Revo4 SX-HS is one of four offerings in the Revo 4 SX stable. This lineup consists of two gear ratio options each available in left or right-handed handle configurations. In addition, all of the family members sport a similarly impressive set of features that we’ll examine in detail now.

These are the best and worst features of the Revo4 SX bait caster.

Our second and final competitor reel in this Daiwa Tatula CT review is the Shimano Curado K. Much like Abu Garcia, Shimano needs no introduction as they have a stellar reputation as an angling gear manufacturer. The Curado baitcaster is a great example of this legacy of quality and innovation and sports an impressive list of features.

The Curado K series of reels are available in three gear ratio options in either left or right-handed configuration. Each of the six offerings features a host of industry-leading technologies that we’ll look at in detail here.

The Micro Module gear system features an increased number of smaller gear teeth. This increases the contact area between the drive and pinion gears making for a smoother and more efficient gear train.

Shimano’s X-Ship system supports the pinion assembly on either end with precision bearings. The result is enhanced casting distance with light lures and a more stable cranking mechanism overall.

The Hagane body is a high rigidity reel body technology that lends the reel advanced strength and eliminates flexing.

Shimano’s proprietary SVS Infinity braking system delivers one of the most consistent and predictable braking actions of any reel. As a result, this enhanced control makes casting a breeze even with very light lures.

The A-RB bearings used in the Curado baitcaster are specially treated to give at least 10 times as much corrosion resistance as conventional bearings.

These are the technical specifications of the Curado K baitcaster.

Let’s look at the good and bad points of the Curado K baitcaster.

The Daiwa Tatula CT: To Wrap It Up

It might not be fair to say that the outcome of the Daiwa Tatula CT review was predictable. However, it wouldn’t be a lie either. The Tatula simply has too much going for it in terms of features and bang for your buck to be ousted.

The Abu and Shimano reels are very good products with outstanding characteristics. However, they just don’t quite have what it takes to unseat the Tatula 100XS. And, as expected this Daiwa Tatula CT review was a blast!

Please use the comments section below to share any thoughts or experiences that could enhance this Daiwa Tatula CT review.

Fishing Reel Icon: Icon made by Eucalyp from www.flaticon.com 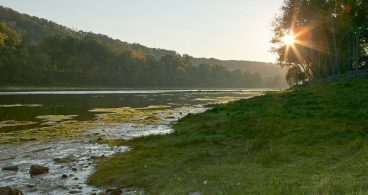 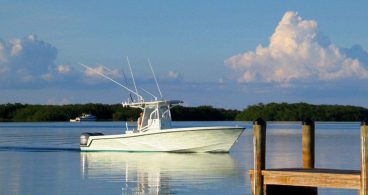 Best Places to Fish in Florida: 10 Lakes, Rivers & Shorelines to Cast Your Line 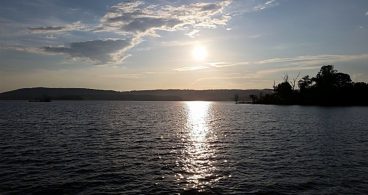 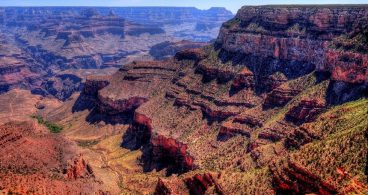 50 Breathtaking Images of the Grand Canyon