For tough indoor or outdoor use, the Fallkniven Pilot Survival Knife is an excellent option.  According to one active user, “this is hands down the best outdoor/survival knife I’ve used. It’s easy to sharpen and holds a razor-sharp edge for a long time.”

The Fallkniven Pilot Survival Knife holds true to its word. Since 1995 Swiss Air Force pilots have used it as their official survival knife in some pretty tough situations.

The knife has a blade of 3.8″, the entire knife measures 8.3″ and it weighs 6 oz. It has a tapered blade that is 0.18″ thick and a blade hardness of 59 HRC. With a broad protruding tang, the F1 black leather sheath is as durable as the knife itself. Used for hunting, it holds up to both skinning and dressing out rabbit, deer, and even bear! Campers love it for cutting kindling wood and it’s versatile enough to use in the kitchen. Of 23 customer ratings, it received 5 stars from all but one.

Manufactured of laminate steel (VG10) the blade stands up to many tasks. Its ultra-sharp edge meets all international standards. Its handy size is perfect for many demanding tasks, plus it is easy to sharpen and easy to clean because of its all-weather coating. Outlasting many other knives in its class, it is both corrosion resistant and rust-resistant, no matter what type of conditions it’s used in.

This pilot survival is a fixed blade survival knife, not a folder, and it comes with a choice of 2 different kinds of sheaths: The Zytel or F1 black leather. Made of injection-molded Zytel, this sheath is durable. Manufactured of high-quality Zytel, the double safety, the one-handed style also comes in a left-handed model. The F1 CeraCoat 8H F1 black leather sheath is also a favorite. The sheath covers the entire knife and is also available for left-handed users.

Other Aspects About the Fallkniven Pilot

With an easy rubberized grip, the Thermorun handle is the perfect size for use while camping, fishing, hunting, woodworking, and many other uses. For large hands or small, it offers a safe, comfortable fit. Another customer said of the F1 Pilot Survival Knife Thermorun handle, “I like the grippy handle. This knife is a jack-of-all-trades knife and it masters them all.”

Owners do have only one complaint: One Fallkniven Pilot Survival Knife reviewer says the lanyard hole in the handle is unusable. “It is placed too low to be used, it is obscured by the hand.” This is the only complaint owners have, however. They say that the Fallkniven Pilot Survival Knife is the perfect weight and size, it’s rust-resistant and corrosion-resistant even when used in mud, water, or blood. It also holds its razor-sharp edge for a long time. “It has great edge retention.”

Similar Knives to the Fallkniven Pilot

The KA-BAR Becker BK2 Survival Knife is a much more affordable alternative to the Fallkniven Pilot.

Its design was made by none other than Ethan Becker, one of the people that makes some of the most sought-after camp and tactical knives on the market.

The knife comes with a hard shell black nylon sheath that protects it from the elements while looking absolutely gorgeous.

The JEO-TEC Nº18 Bushcraft Survival Hunting Knife has a blade made out of stainless steel Sandvik 12c27, and a handle crafted out of top quality granadillo, cocobolo exotic wood, or micarta depending on your choice.

These knives have been specially designed to be used in rough conditions and hard outdoor environments. One thing we love about this particular model is that the company offers a 100% money-back guarantee in case you are not satisfied with the knife’s quality.

It also comes with a high-quality leather sheath that protects it from the elements when you’re going through the great outdoors. These leather sheaths are manufactured with handcrafted genuine leather, with an especially soft texture, perfect for storing and protecting your knife.

A much cheaper alternative to the Fallkniven Pilot is the Kratos ZF8 Hunting Knife.

The blade is made out of high quality stainless steel and it comes with a durable nylon sheath to protect it from the elements.

As far as the handle goes, it’s made out of handcrafted Brazilian rosewood. While not as impressive as the previous model, it’s the next best thing for people shopping on a very limited budget. Whichever of the knives you choose from this list, you’re getting all the bang for the buck. 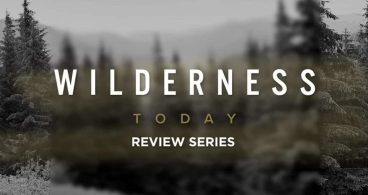