It’s never been a better time to start shooting. Yes, you read that right. Pick up a gun at your local gun store and – with proper safety training, of course, start shooting! Because let’s get real for a second.

Sure, you can feed your family, and sure, you can keep your family safe, but between you and me, shooting stuff is a lot of fun. As the more experienced readers here will note, of course, the kind of gun you choose to shoot with matters.

Here at Wilderness Today, we’ve got our scope set on one handgun, and we’ll tell you all about it in this HK VP9 Review. Click here to see our reviews of other handguns.

Why Feature This HK VP9 Review?

We know, you’re anxious to get shooting. We are, too. Well, we picked featured handgun in this HK VP9 review because Heckler and Koch has outdone themselves in this handgun.

It was first released back in June 2014, however it had been in development much longer than that. since it’s been on the market for half a decade, we’ve heard from our readers, who find impressive utility in the device. It’s also pleasingly compact, and it has features we expect of our handguns going into 2020.

If that name sounds a little German, that’s because the VP9 hails from Deutschland, famously known for its beer, its precision gun engineering, and the beautiful people who shoot them best- after Americans, of course!

The 9mm HK VP9, featured as our premiere gun in this HK VP9 Review, comes with a Picatinny rail, and lefties can use it as comfortably as righties. Easily modifiable side and back straps make the HK VP9 fit like a glove for any shooter.

As a fun fact, you can actually safely grip this gun 27 different ways. It’s striker-fired, meaning the impact triggering the mini-explosion that propels the bullet is kicked off by a spring-loaded form of action inside the gun, rather than the traditional hammer. Chambering is 9x19mm. Your sight radius is 6.38″. Set your sights with 3 dots that glow in the dark!

We picked a three similar products available on the market to see how they compare. 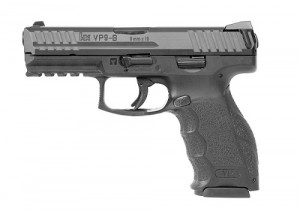 You’ve got solid browning-type action with a modified linkless system of locking.Your trigger is striker-fired, and single-action. Keep up those tennis-ball squeezing exercises, because you will need to be prepared to apply 4.5 to 5.6 pounds of force to that trigger.

Both your HK VP9 pistol and magazine are drop-tested and safety-certified, in part thanks to the trigger latch safety. The grip makes all your controls so much easier to lose because it’s so customizable, if favoring pretty over functional.

However, the controls never impede what the gun is meant to do – comfortably and easily shoot your target.

Grip your Heckler & Koch VP9 27 different ways, with 3 changeable back straps and even more side panels. It’s great for lefties and righties of all hand size. In fact, it’s a more customized grip than any other hand gun. You can even work all the controls with either hand. 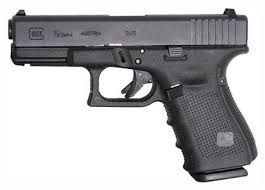 Made for the military, it’s known by both gun-enthusiasts and those urban types that are afraid to touch a gun with a 19-foot pole. We’re talking about the famous Glock 19. Glock says it does what you need it for, the right way, every time – and we concur here at Wilderness Today.

The famous Glock 19 is price-wise on par with the HK VP9, and so we can’t possibly ignore it in this HK VP9 review!

Striker-fired like the HK VP9 (since this is an HK VP9 review), its stock is solid polymer material, in totality weighing in at an easy 1.5 pounds, powerful enough to require a federal firearms license.

Most of interest to us regarding the controls, the typical Glock Pistol doesn’t have a conventional manual safety, so you always want to assume that it’s locked and loaded unless you’ve stuck your finger in its chambers to verify that it’s not.

Check the specifics in your owner’s manual before operating to make sure you’ve got a safe handle on your specific modification or model.

The Glock 19 is incredibly comfortable to hold, with a low-bore axis.

The Glock 19 has incredibly low recoil, making for easy operation – just make sure you heed the warnings in the manual.

Glock’s warranty is among the most intriguing we’ve ever seen. They don’t provide an explicit written warranty, however they do something even better.

If you have a gun that misfunctions or is broken because of something that the owner likely didn’t do, they replace the gun. They know whether it was your fault or not, generally, being gunmakers.

So if there’s a problem, they rectify the problem immediately, without lip service. What a novel thought. 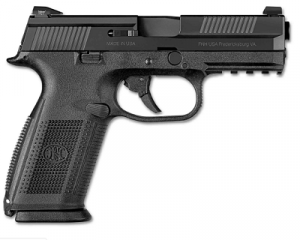 You’ve got convenient de-cocking levers and loaded-chamber indicators. The best control feature, perhaps, is the four safety controls on the trigger, drop, out of battery, and firing pin safeties. Your ease of control is accurate with triple-dot combat sights.

The back straps ease tension on the hands, though the handle is easy to grip in its own right, and semi-customizable.

Key here is that you want to avoid modifying or accessorizing your FN FNS-9; beyond that FN tries to keep up with the competition in the terms of their warranty. But you’re not going to get any support if you modify your gun. 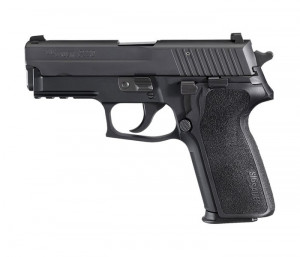 Homeland Security is the selling point here that makes it worth twice as much as the other pistols in the marketplace.

It’s a very expensive pistol, the only one in our hk Vp9 review that will run you over a grand. That’s right, over a GRAND. If it’s not on sale, it’s twice as much as any other pistol we’ve reviewed here.

The Department of Homeland Security trusts the controls on the Sig Sauer, which should be good enough for us, but we thought we’d dig in further anyway. Why don’t we start with the see-at-night SIGLITE sights?

Or maybe the highly functional polymer-material of the grip, complemented by a serrated front strap to keep that hand steady at all times? It’s darn amazing, is what it is, and that’s why ICE pays big for it.

Any more strapped in and it would be a kid’s car seat. It’s very impressive with its Nitron coating that prevents corrosive issues way down the road – that’s how much Sig Sauer thought this design through.

It’s easy on the hands. Interestingly, Sig Sauer enhanced the P229 over the original version for even easier handling by even more people than had ever been thought possible before.

You won’t need those grip screws anymore as compared with the old version because of a grip that stays put. The lanyard loop is a given, and your E2 model of the P229 have a reduced-reach trigger – again making it that much more easy on the hands.

It’s combat-dependable with that never-sticks, Nitron-coated slide finish. Mount accessories on the front rail, and you’ve got even further capability for added functionalities, however we think it works just fine on its own!

As we mentioned the P229 got something of an upgrade in the E2 model with its Short Reset Trigger. The new E2 model features a redesign on the external extractor that has proven more durable and reliable, for a killer performance every time.

Sig Sauer handguns all have a limited lifetime warranty, although again, not sure if you’ll need it!

The featured product here has seemed to prove perhaps a little bit more hype than capability, so we give it a four out of five stars. And we really didn’t want to; we set our sights big in this HK VP9 review for the HK VP9.

We wanted it to win. But the upgrades to the Homeland Security-worthy Sig Sauer P229 made it such a contender in this HK VP9 Review it quickly became an elephant in the room for us in the editing room.

After all, who doesn’t like a Glock? In fact, we thought about leaving out the Glock 19 to give the lesser-knowns more of a chance in winning a five stars on this HKVP9 review.

However, at the end of the day, out of all these striker-fired pistols, what won out for us finally was the Glock’s durability and its no-nonsense standing behind its guns with service even better than they had dared to even talk about.

Bottom line, the HK VP9 promises in the name to be “The People’s Pistol,” but the Glock has a longer-standing reputation, a track record of working that supersedes that of the HK VP9, and the bit about sticking to their guns, service-wise.

Plus, the so-called People’s Gun, despite superior German engineering, had quirks that befuddled the seasoned gun veterans on our staff.

For that reason, the featured gun of this HK VP9 review gets four stars, while we reserve five out of 5 for the Sig Sauer, which is worth the grand you pay for the gun when it’s not on sale; and also getting 5 out of 5 the famed Glock 19. 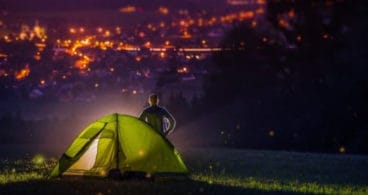 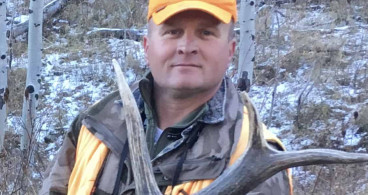 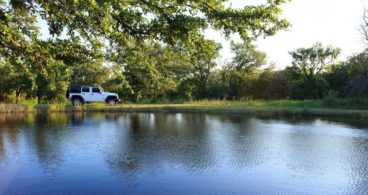 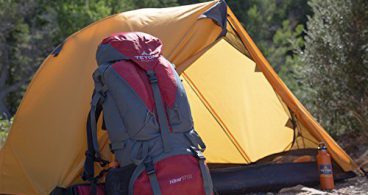 What Is A Tent Footprint?