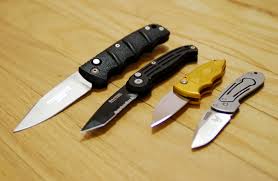 Ontario Knife Company is a time-tested yet venerable and well-known knife company founded in Naples, New York on 1889 by William B. Ensworth, Charles Albert Brace and William Maudsley who derived the name of the company from Ontario County where Naples is.

Their early knives were hand-manufactured on a water-powered grindstone and sold tinker-style from a pushcart throughout the neighboring countryside. Due to their face-to-face relationship with their customers, OKC has built its reputation and heritage of uncompromising craftsmanship, quality materials and components and a steadfast commitment to its workforce.

In addition, all Ranger series knives were designed by knife smith Justin Gingrich who served ten years on active duty in such honored units as the 3rd Ranger Battalion, the 20th Special Forces Group and the Ranger Training Brigade.

Gingrich is also a Police Academy graduate who served in Iraq with a civilian security firm in 2005 in addition to instructing private security contractors, U.S. soldiers, State Department employees and civilians in the art of patrolling, demolitions, shooting and Close Quarters Battle techniques.

Accordingly, the Ontario Ranger “Bush Series”of knives is a prime example of Ontario Knife Company’s continuing commitment to excellence in knife design and manufacturing quality. The RBS-7 Knife in particular offers the user everything he needs in a dedicated survival knife and nothing he doesn’t.

Upon viewing this knife, three features that immediately stand out to us are the 8” clip point blade, the flat grind, and the large canvas Micarta handle slabs (a common feature in many every day carry options).

The reason that these three features immediately catch my attention is that when I am in the field, I find that an 8” blade is the perfect length for a dedicated survival knife because it’s long enough to perform light chopping jobs well and yet it is also very controllable.

I find that I can also use it for carving, slicing and removing the hide from harvested game without the feeling that it is too long. In addition, while the flat grind on the blade is not as strong as a saber grind, it is stronger than a hollow grind. For that, it is the perfect compromise between a tough edge and sharp edge provided that the knife incorporates the correct steel for the intended purpose.

The canvas Micarta (as opposed to linen Micarta) is one of the toughest knife handle materials known to me. Since it is made from numerous layers of resin impregnated cotton canvas that that has been heated and then pressed under extreme pressure, one can trust it to

Altogether, these characteristics make the handle design on the RBS-7 Knife is very ergonomic and large enough to completely fill a man-sized hand. The “hook” at the back of the handle prevents the knife from slipping out of the users hand when chopping with the knife.

In addition, as I have mentioned previously in some of my other articles, I feel like the Clip Point blade is the single most useful tip profile available since it places the tip out of the way when skinning game while providing the user with an extremely sharp tip that can be used as an awl when needed.

Also, since 1/8” steel is too thin and 1/4” steel is too thick, the choice to construct the knife from 3/16” steel is an very enlightened one because it is thick enough to make a very strong blade and yet is thin enough to allow for a very sharp edge (especially when combined with a flat grind).

Lastly, the MOLLE compatible nylon/Kydex sheath is an excellent accessory for this knife since both nylon and Kydex are extremely tough materials that will not absorb moisture and are therefore impervious to rot.

The only feature that I don’t like about this knife is the large coil ground into the edge of the blade immediately in front of the ricasso. While I am aware that this feature is designed to allow the user to place their index finger into the groove for greater control over the blade, I personally have never found this feature useful and the fact that it places the back of the edge farther from the hilt, thus decreasing the amount of leverage that can be brought to bear on the edge when using the knife to carve, is disconcerting to me.

Consequently, it is obvious to me that the designer of this knife (Justin Gingrich) has considerable experience in the field of outdoor survival; unlike so many other designers who create and market so called survival knives which are particularly ill-suited to the job.

Therefore, for those of you who are looking for an inexpensive, no frills, tough as nails, survival knife, I can honestly and wholeheartedly recommend the Ontario Knife Company Ranger Bush Series RBS-7 Knife.

Thoughts on the S.O.G. Creed Knife 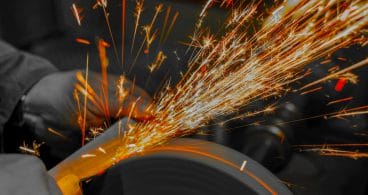 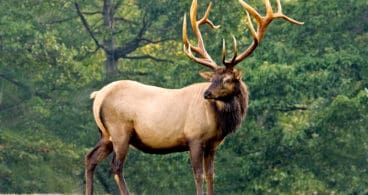