Because I am aware that many of you are going to disagree with what I have to say about the Tom Brown Tracker #2 survival knife, let me start by telling you a bit about my credentials as an outdoorsman and survivalist.

To start with, my father worked for the U.S. Forest Service since before I was born until his death at age 60. Thus, I like to jokingly tell people that he ruined me when I was little by turning me in to a Wood Sprite.

In fact, I started running wild in the woods at the earliest age that my parents would let me out of the house and out of their sight and once they did so, they very nearly had to catch me to make me come inside at night!

Consequently, I am now psychologically incapable of maintaining a “normal” job and therefore, I now make my living as a professional fly fishing and hunting guide and a professional outdoor writer.

Also, I have been fascinated with cutlery since I was about six years old. Consequently, knives have been an indispensable part of my outdoor life ever since I can remember and thus, I have studied at least a couple of hundred different knife designs by now and that study has led me to some very distinct conclusions about what an outdoor survival knife should and should not look like and how it should perform.

As a result, I have to say that when I view the Tom Brown Tracker #2 survival knife, in all honesty, I am impressed with it! The Tom Brown Tracker #2 knife is specifically designed to be an outdoor survival knife and that this knife was designed by the renowned Tom Brown Jr. who is an expert survivalist and tracker who has trained thousands of students and countless numbers of agents of numerous government agencies.

Also I have visited the Top Knives web site and the Tom Brown Tracker web site and I have watched the video published there. I do believe that it is a good quality knife and I can see that the designer has put a lot of thought into its design.

Unfortunately, his opinion of what a survival knife should look like and how it should function slightly differs from my own and, but even with that being said, the knife is still a solid knife for the cost and what it offers.

Please feel free to agree or disagree with anything I have to say about this knife since I am aware that everyone’s experiences and opinions differ (as they should).

To start with, since this knife has an overall length of 11 1/2″ with a 6 “, full-tang, blade made from 1/4” thick 1095 high carbon steel (see the A. G. Russell Steel Guide), it is large enough and heavy enough to perform well as a dedicated survival knife.

The “carving edge” (straight edge) is on the shorter end at a mere 2 1/2″  which is slightly shorter than I’d like for a survival knife that’s classified as an effective carving tool.

My reason that I say this is  because, when I am carving a point on a stake to form part of a trigger mechanism for a spring snare or deadfall for instance, I angle the point of the knife back toward my body slightly and then use long, sweeping, strokes that allow the edge of the knife to slide through the material from the ricasso toward the tip; thus letting my razor sharp edge do the slicing work for me to remove the excess material.

However, the design of Tracker #2 forces the user to hold the “carving edge” perpendicular to the surface being carved and then push (force) the edge of the blade through the material instead of allowing it to slice the material.  As a result, the amount of work required to remove said material is increased because the hooked transition between the “carving blade” and the “chopping blade” precludes this type of action.

In addition, the 3 1/2″ “chopping blade” (curved edge) has a sweep angle that is slightly too steep to be particularly effective as a chopping tool. In my experience, when I am chopping a sapling (or any other substance), I generally slide my hand back on the grip and swing the knife quickly.

This way, I strike with the tip of the blade as far forward as is practical because that is where the greatest speed, and thus the most power, is generated.

However, due to the design of the Tracker #2, the extreme angle on the sweep of the blade causes the majority of the force generated by swinging the knife to be deflected into a slicing motion which causes the blade to slide along the edge of the sweep rather than directing said force into a proper chopping action.

One important fact from a hunting perspective where the Tom Brown Tracker #2 shines is with regards to skinning game.  Whenever I am skinning game that I have harvested, I most often use only about a half an inch at the tip end of the blade to slice the thin membrane that connects the skin to the muscle tissue (unless I am skinning a pig and then the skin has to be forcefully carved off of the carcass).

This way, I believe that this knife would perform reasonably well as a hunting/skinning knife because the sweep at the tip is not too vertical and the long edge of sweep is angled quite nicely for making the initial cut along the abdomen and the straight edge is of sufficient length for making the circular cuts around the legs. 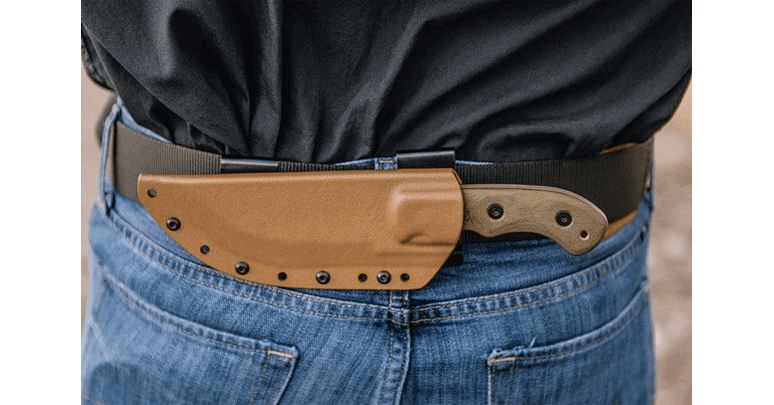 The handle, which is made of grey Micarta demonstrates excellent design since it is both ergonomic and long enough to allow the user to slide their hand well back on the grip and use the “hook” on the back of the grip to retain a good hold on the knife when chopping with the “carving” blade.

Also, Micarta (which is made from numerous layers of pressed linen impregnated with an epoxy resin) is extremely tough and is impervious to moisture and changes in temperature and thus, it will not scratch, chip, or crack due to extreme use. It will most certainly last as long as the blade does.

So, in conclusion, while I do believe that the Tom Brown Tracker #2 is a interesting design and a well made knife from a famous, and obviously highly experienced, outdoorsman, the designer’s opinion of what constitutes a proper survival knife is drastically different from my own. (Check out the reasons that I stated above).

Thus, it seems to me that this knife would serve better as a hunting/ skinning knife than it would as a dedicated survival/ bushcraft knife. If you want a bushcraft knife, go for the Tom Brown Tracker #1 (check its current price here), which is also the best Tracker model for users with large hands. 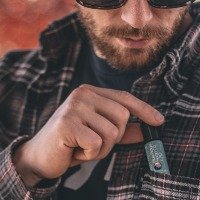 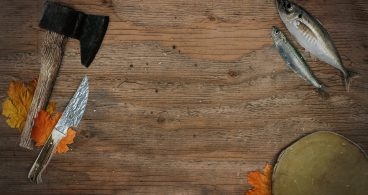 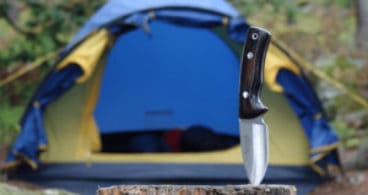 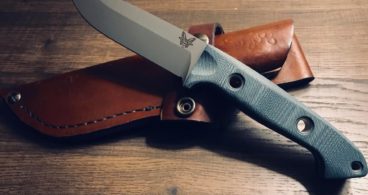 Crappie Fishing Tips: How to Catch White And Black Crappie